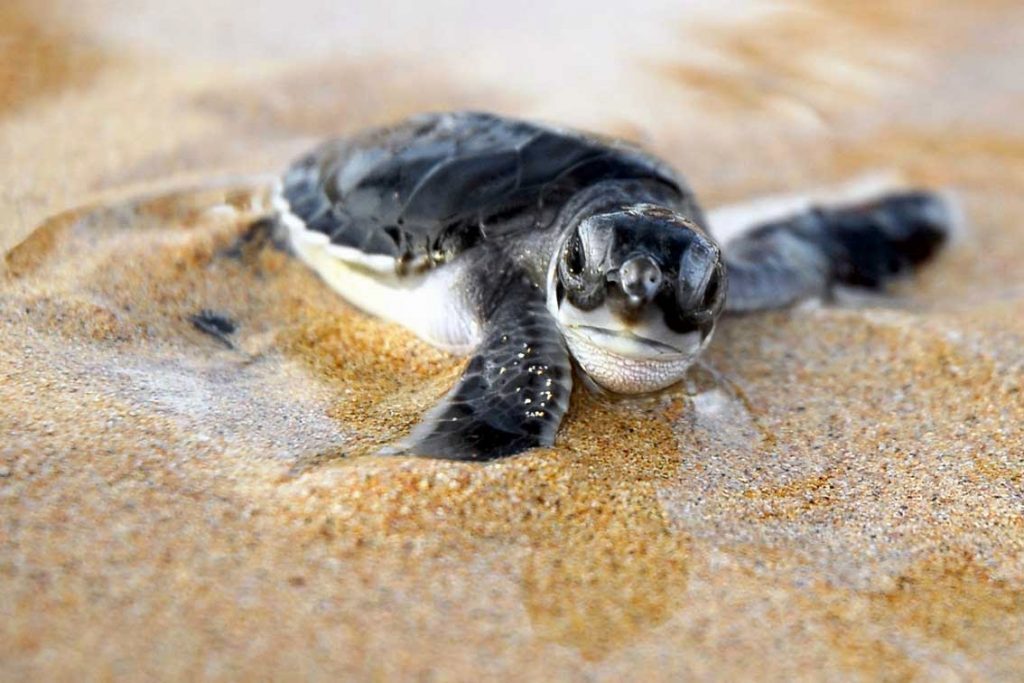 Sea Turtle Release in Puerto Vallarta - Participate in One of Nature’s Most Astounding Events!

Sea turtles have inhabited Earth for more than 150 million years. The animal’s durability and adaptability have allowed it to survive for millions of years. But recently, the turtle’s longevity has been called into question. Its future is no longer assured, and this beautiful animal may soon disappear. Today, the sea turtle is on the endangered species list and may cease to exist shortly. And the reason is because of our oversight. Humankind has hunted, poached, and eaten this beautiful creature for far too long.

What Does Mexico Have to Do With the Problem?

Seven of the eight worldwide turtle species call Mexico their home. So the country has undertaken the task of preserving these formidable creatures and has implemented protective laws, research centers, and sea turtle camps to protect the eggs and the hatchlings.

In Puerto Vallarta, we receive several species, but primarily, the green ridley makes its way up to one of our 17 Puerto Vallarta or Bay of Banderas beaches to lay its eggs.

During the summer and fall, volunteer groups, educational institutes, and the Mexican ecological agency diligently patrol these 17 beaches to look for nests and eggs. Then, they carefully dig up the nest and remove the eggs, taking them to one of the turtle camps where marine biologists and volunteers watch them and keep predators away. Then, when the gestation period ends, these professionals keep baby sea turtles for a few hours and then liberate them into the ocean in the evening.

If you come to Puerto Vallarta or the Riviera Maya during the late summer or fall, be sure to take the time to see one of these amazing sea turtle releases. It is something you will never forget. Witnessing how mother nature creates something so beautiful and how this animal’s instincts work is an awe-inspiring experience.

In Puerto Vallarta, the sea turtles begin their ascent from the ocean depths to lay their eggs in summer and fall. Female turtles return to their birthplace 10 to 20 years afterward to lay their eggs.

The turtles are highly protected in the state of Jalisco and all of the Riviera Nayarit. Green patrols run up and down the coastline in the early dawn hours on the lookout for nests. They carefully dig up the eggs and take them to the turtle nesting camps to protect them from predators, ATVs, or tourists who can inadvertently damage the eggs.

Even with the hatching protection in place, only 5% of hatchlings survive the first year of life. 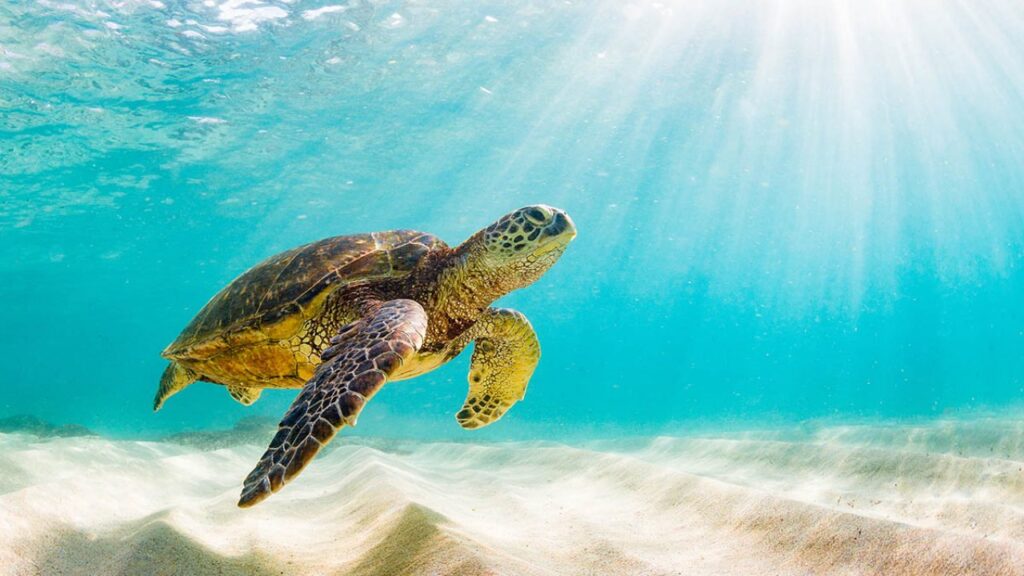 The Return of The Ridley

The sea turtle’s natural habitat is the ocean, and they remain there most of their life. The only reason a female turtle leaves the sea is to deposit her precious eggs in the sand, a place she feels to be a haven and where the warm sand will incubate her eggs.

She makes the trajectory up to the beach starting at dusk and usually reaches her destination by about midnight, a time when there are fewer predators. She digs a nest in the sand and lays anywhere from 50 to 250 soft-shell eggs. She often applies more than once a year, and some females are known to spread as many as nine times a year. 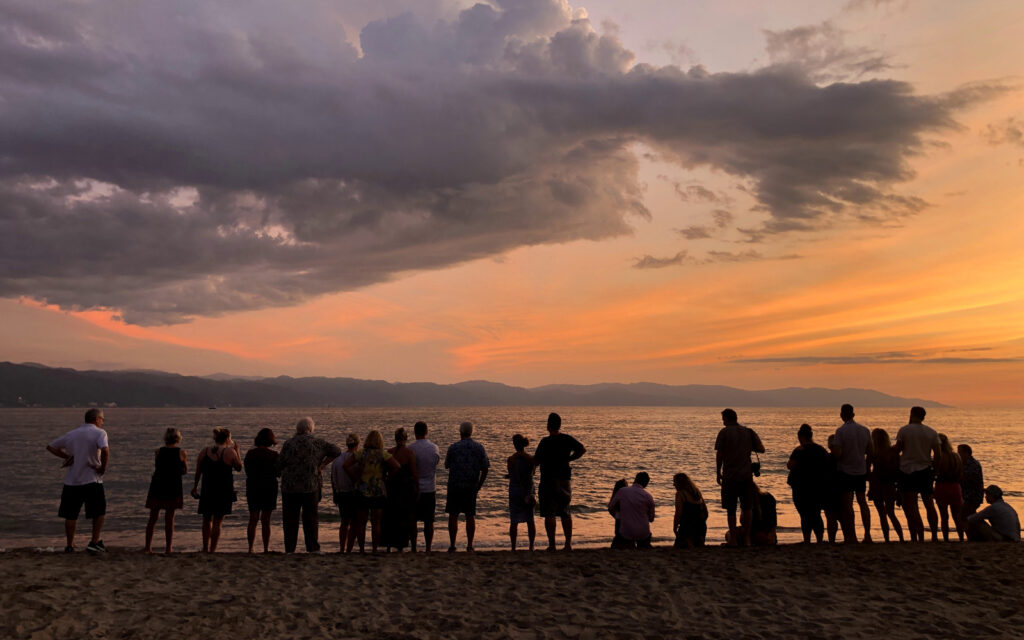 Puerto Vallarta is known for its incredible hospitality, and we can truly appreciate its giving nature through these conservation groups. The area opens its doors to visitors, allowing anyone who wishes to participate in a turtle release to come and be a part of this beautiful experience. There is no cost. However, the organization does need donations to help its efforts continue. The biologists welcome visitors as the more people around during a liberation, the more the baby turtles are protected from predator birds. The birds are scared to land in front of people.

Once the eggs are taken to the protective camps, watchful volunteers and government workers watch over them, protecting them from harm. When the turtle’s hatch, the marine biologists keep the hatchlings in a safe place until evening, when they take them to the shore and release them. The biologists have opened the event to tourists so that visitors can see and learn about turtles and marine life and protect the hatchlings from bird predators. The more people present during a release, the less likely a bird will dive down and attack a hatchling.

The area’s coastline is one of the most critical sea turtle breeding grounds in the Americas. So if you happen to be out walking the beach and you spot a mother building a nest or see a nest with eggs, be sure to contact the Green Patrol or call 911. If the eggs are left there, they risk being poached, devoured by predators or pets, stepped on, or run over. The Green Patrol constantly looks for eggs and takes them to a conservation camp where they are protected until the hatching 45 days later.

Puerto Vallarta and the Riviera Nayarit have been very successful in their conservation efforts. The camps release approximately 150 thousand baby turtles every year. 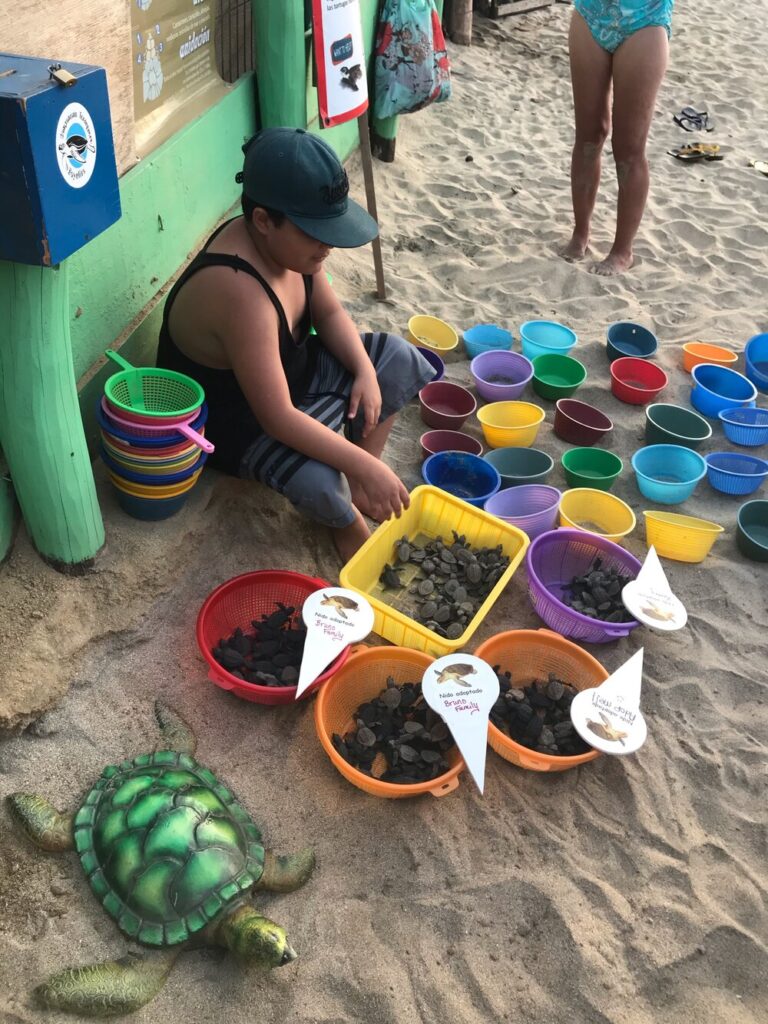 Why You Don't Want to Miss A Turtle Releasing Event?

Anyone who has ever been to a turtle release will tell you how amazing they are. Many visitors make a yearly trek to participate in at least one of the turtle release events.

There is something extraordinary about knowing you have helped a few baby turtles into the water, and you might have even been instrumental in their survival.

The largest turtle camp is located about two hours south of Puerto Vallarta. The Mayto Turtle Sanctuary is run by a marine science center and funded by the government and several universities. This camp welcomes visitors, but it is further away and primarily a working research center.

Released from The Confines: The Baby Turtles

Contact your vacation rental concierge to visit the sea turtle camp on your upcoming visit to Puerto Vallarta or the Riviera Nayarit. It is an event the whole family will enjoy and something you will never forget.

By witnessing the struggle of life of baby sea turtles, we see the miracle of life.