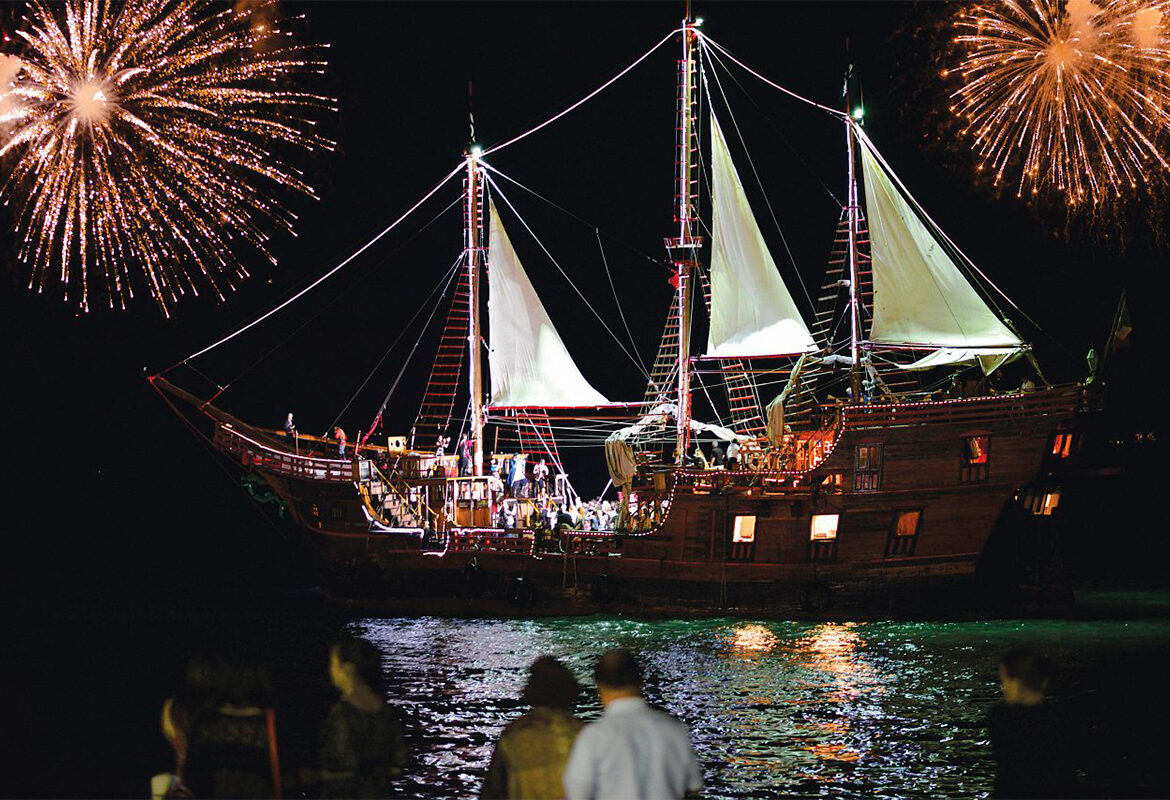 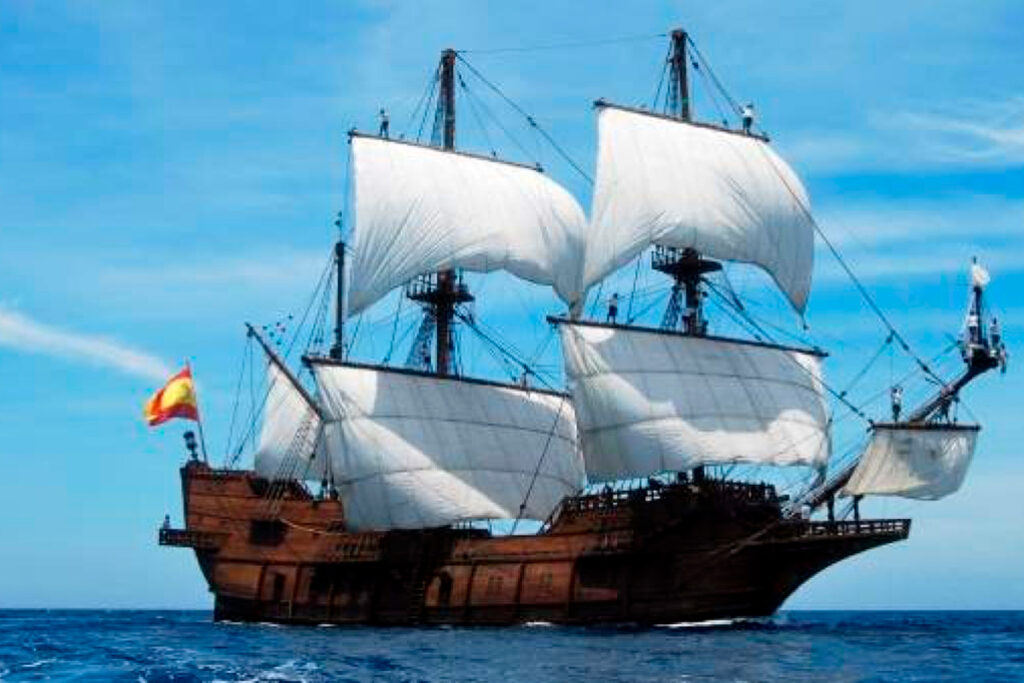 Pirate stories date back more than five centuries, involving countries such as Spain, England, France, and many more. However, nowadays, Movies and Shows with the theme of Pirates are found worldwide, having natural sceneries that give a special touch to each one of them.

Believe it or not, Puerto Vallarta is not left out of the Pirate theme; on the contrary, this fantastic tourist destination has become the home of one of the most famous Pirate Galleons in the world, “La Marigalante.” A 700-ton galleon that has circumnavigated the globe 2.5 times. 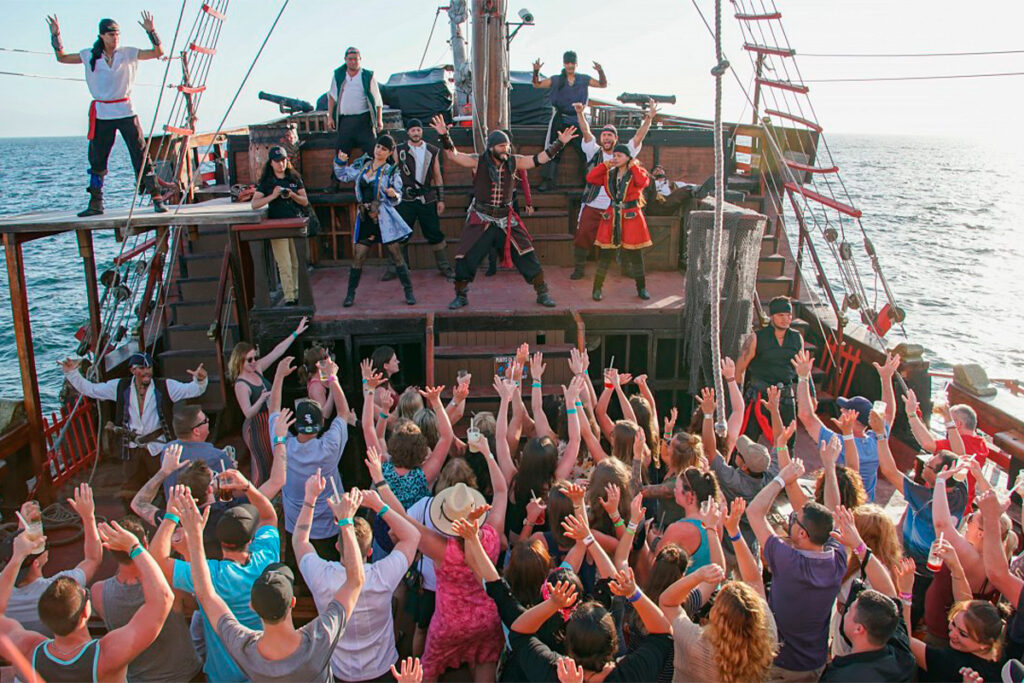 As everyone knows, Christopher Columbus is the protagonist of the History of the Discovery of America, sailing the seas aboard three ships, baptized by the Catholic kings of those times as La Niña, La Pinta, and Santa Maria.

This last vessel was the flagship, the largest, and where Colon traveled. History tells us that the discovery of America was on October 12, 1492, so here I am, 530 years after this critical event, writing for you this article, full of History and modern Pirate adventures since two of the most popular Pirate Tours in Puerto Vallarta are presented daily on board the Marigalante Galleon and are called Land of Pirates and Pirates of the Bay. 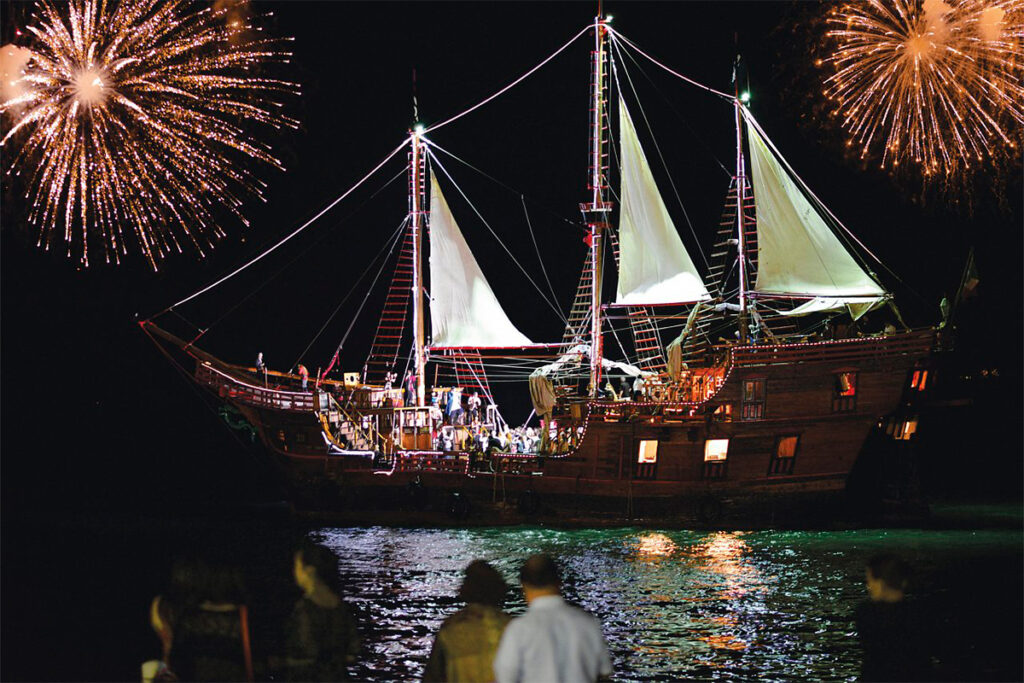 This impressive Galleon was built by Mexican hands from 1980 to 1987, seven long years of construction supported by Mexican capital, the specialized work of Mexican carpenters, electricians, and mechanics who brought to reality this emblematic ship, which is the replica of the Santa Maria Galleon.

Many believe this ship was built in Spain, Japan, or the United States. However, it was not; the boat was made in Alvarado Veracruz, Mexico. It took five years to build this boat due to a substantial devaluation that the Mexican Republic experienced in 1982, which caused the construction to stop, and the ship was abandoned for five years. In 1987 the Galleon Marigalante was completed and made her first international voyage, sailing from the Port of Alvarado Veracruz to Spain.

This voyage was made to celebrate the 500th anniversary of the discovery of America. It took them three long months of sailing to reach their destination, where they were received by the kings of Spain, who had a wonderful dinner aboard the Marigalante Galleon. 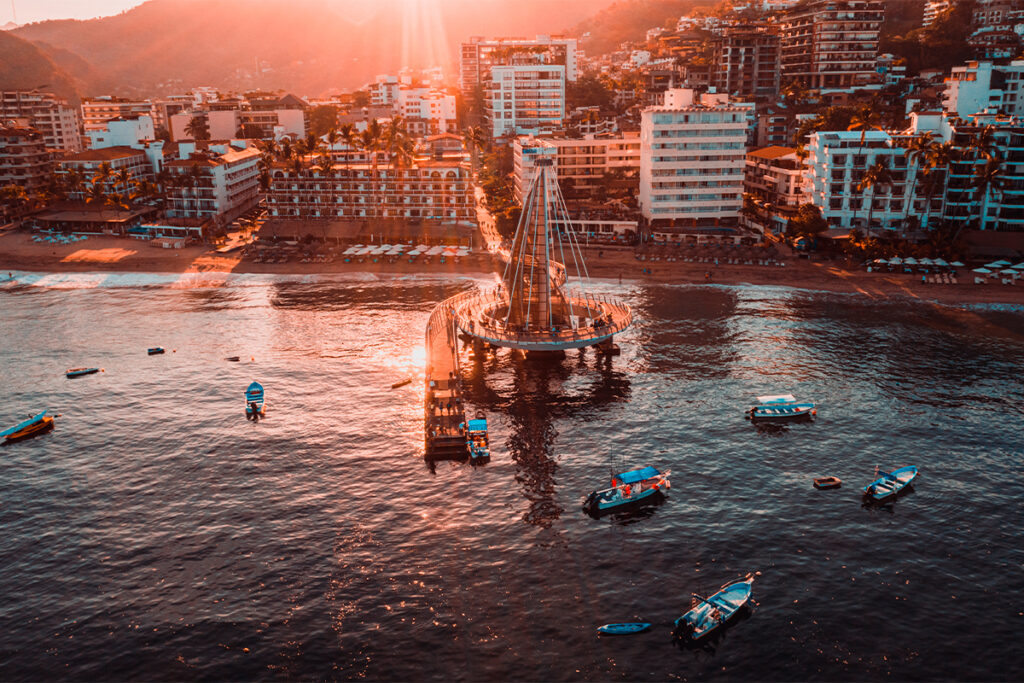 La Marigalante, today called the Pirate Ship of Puerto Vallarta, returns to Mexico from Spain. Still, this time it travels to the South of the American continent, reaching Brazil and going up the Amazon River. From Brazil, the Marigalante returns to Mexico but first crosses the Panama Canal and docks at the Port of Acapulco on the other side of the Mexican Pacific.

She embarks on a new adventure from Acapulco, setting sail for Japan to commemorate 100 years of trade relations between Mexico and Japan. From Japan, La Marigalante returns to Mexico, but this time it stays in Puerto Vallarta, so since 1998, it has been dressed in theme nights that have turned it into one of the icons of Puerto Vallarta. 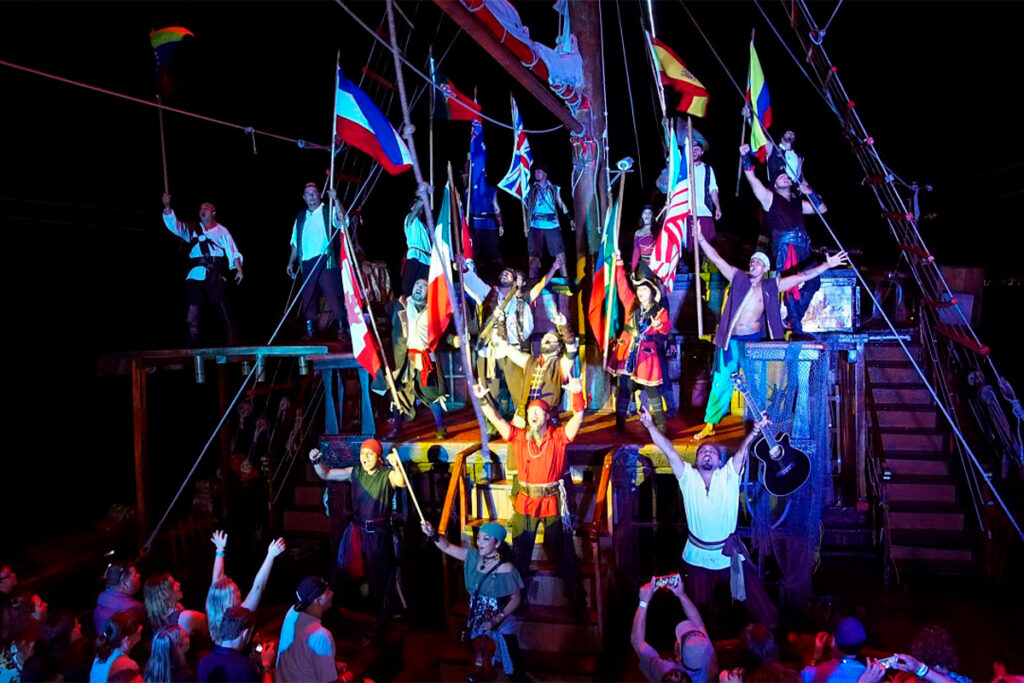 The theme nights that have been created and presented over 24 years are the following: The show called Mexico on Board, followed by a special show for Canadians called The Last Saskatchewan Pirate, at the same time, a special show for Mexicans called Where the Women Are and finally Land of Pirates and Pirates of the Bay, these last two shows being one of the main attractions in Puerto Vallarta.

When you come to this beautiful tourist destination, do not stay all the time inside your Hotel; go out and enjoy the more than 100 Tourist Attractions that we offer daily; in fact, do not miss the Show on board the Pirate Ship. I am Pedro Cuevas of the Puerto Vallarta Tours Agency. I hope this article on the Marigalante Pirate Ship has been of interest to you.