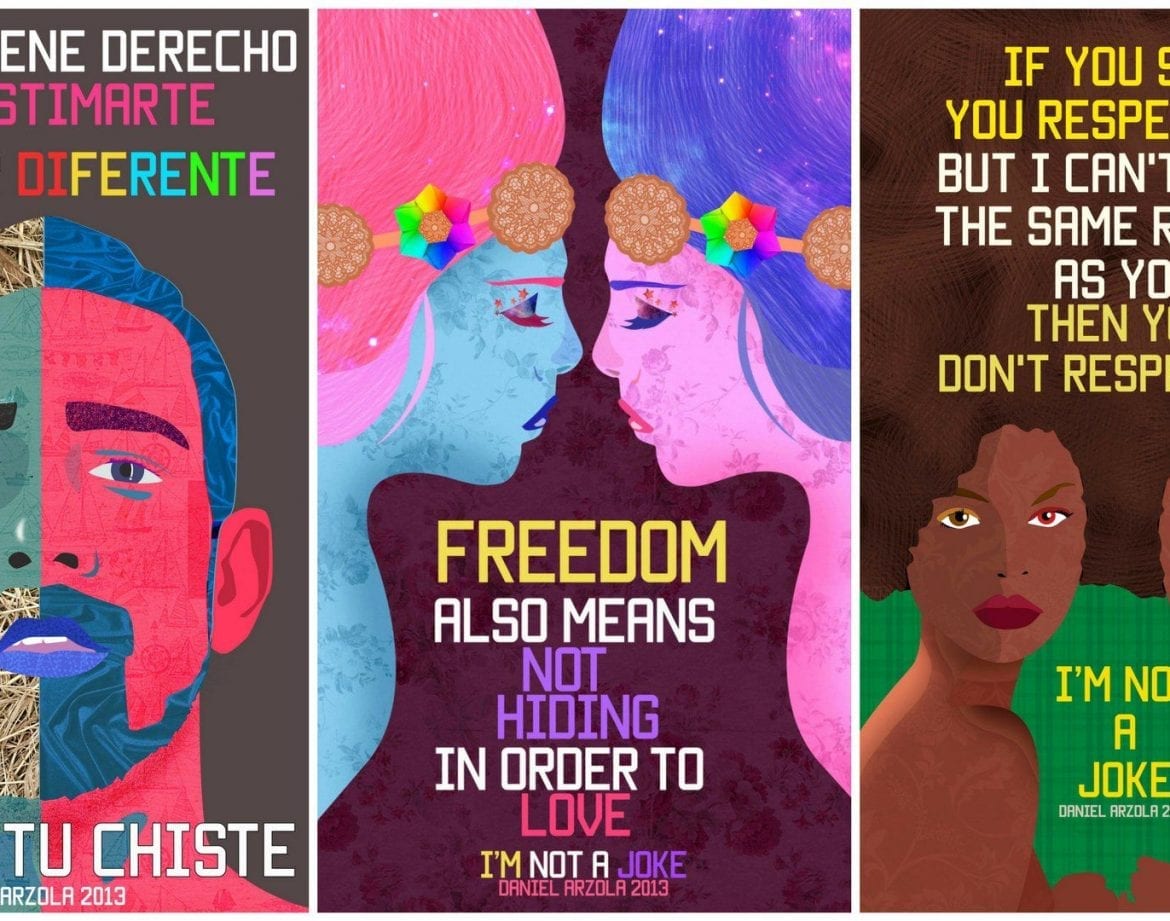 Vallarta Pride 2017 will celebrate its fifth edition from May 21 to 28, under the theme “Together with Pride. “The designs of the activist and visual artist Daniel Arzola will give color to the festival’s official shirts, which will be part of the fundraiser for the ‘PrEP in Puerto Vallarta 2018’ cause.

Puerto Vallarta, Jalisco. May 23, 2017.- Art and activism are a vital part of Vallarta Pride, which will celebrate its fifth edition from May 21-28 under the theme “Together with Pride.” This year the pride festival has the honor to have Daniel Arzola, activist, visual artist, and graphic designer creator of the popular designs of the artwork “I’m Not a Joke,” which will make the Vallarta Pride 2017 official t-shirts shine with its colorful artwork. The t-shirts will be on sale during the festival. They will be part of the fundraising in favor of the PrEP in Puerto Vallarta 2018 caused by the Community Center SETAC, which is currently working to bring the PrEP pill to our city as part of an international campaign to prevent and reduce cases of HIV.

Daniel Arzola, Venezuelan, is a visual artist and human rights defender who has popularized the term “Activism” as the creator of “I’m Not a Joke,” a series of fifty posters that became the first Venezuelan viral campaign to reach five continents.

Arzola’s work has been reviewed in media such as Globovision, Venevisión, El Nacional (Venezuela), Page/12 (Argentina), El Mercurio (Chile), and Al Jazeera. In addition to the American LGBT magazine Out Magazine and The Advocate. Daniel Arzola participated in the project Art For Freedom of the singer Madonna, being the only artist to have five works selected for the project worldwide. Two of them were chosen by the singer Katy Perry. On October 8th last year, Madonna expressed on Twitter that she loved the work of Arzola.

Daniel’s works have been broadcast in various universities in Venezuela, the United States, and Canada. Arzola was included in the list of the seven most talented young Venezuelans. Learn more about Daniel Arzola on his official fan page. Vallarta Pride is an event held annually in May that brings more than 15,000 tourists to Puerto Vallarta just during the festival. It has been created to celebrate the diverse and vibrant LGBTQI community that lives and visits Puerto Vallarta. Over the years, it has influenced and integrated its culture, heritage, and history.

For more information and ticket sales of  Vallarta Pride, visit the website or the official Facebook page.